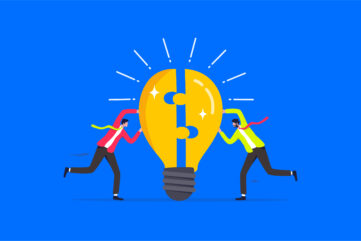 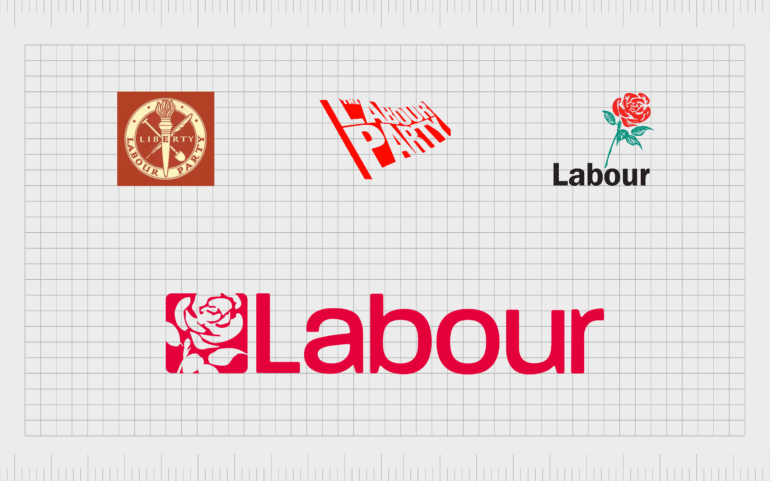 Do you know much about Labour Party logo history? If you’re not a resident of the UK with a strong interest in politics, you probably can’t track trace this symbol back to where it first began. Indeed, the Labour Party logo wasn’t always the widely-recognised image it is today.

Similar to the Conservative Party logo, the Labour logo in the UK is an icon many people use to help reflect their political beliefs, and vision of what the country should look like.

Though the UK Labour Party logo has seen a few changes over the years, certain elements, like the “Labour red” colouring, remain a consistent part of the group’s identity.

Today, we’re going to dive into the history of the Labour Party symbol to help you better understand where it come from, and what it means.

Love them or loathe them, The Labour Party is one of the best-known political parties in the UK, first appearing in the 1900s, over 121 years ago.

The Labour Party sits on the centre-left and extreme-left of the spectrum politically. In all elections since 1922, the group has either been the official opposition of the governing part, or the direct governing Party for the UK.

Overall, there have been around thirteen Labour ministries and six Labour prime ministers in the UK. Often, this group officially fights against the Conservative Party for the right to direct the growth and stability of the country.

Like the Conservatives, an official Labour Party logo is difficult to find for most of the political group’s history.

The defining feature of any Labour Party symbol, old or new, is the presence of the Labour red colouring.

According to some historians, when the Labour Party was first formed, a plain red flag was the choice of emblem for the group. However, it isn’t easy to find many examples of this red flag throughout history.

The earliest UK Labour Party logo we can find today comes from somewhere between the 1860s and 1900s, wherein Labour used a combination of a quill, torch, and a shovel in their logo.

The image was intended to represent the interests of the urban working class, and this image stayed in use for several years, until 1983.

In 1939, Labour decided its official colors should be red and gold, and Labour replaced their badge with a waving flag emblazoned with the Party name.

This simplistic version of the logo, with a sans-serif font written in all capitals, didn’t gain much popularity, and was quickly replaced with the Labour logo of the red rose.

As the official flower of England, the rose seemed the perfect choice for the Labour Party, particularly thanks to the group’s close connection with the color red.

This version of the logo also included the word “Labour”, in sans-serif font, though this time the group used sentence case instead of full capital letters.

The rose has stayed a central image for the Labour Party logo now since the image was first suggested several decades ago. However, elements of this image have changed slightly over the years.

Perhaps most crucially, the stem of the rose for the Labour Party has grown shorter over the years.

Labour has also attempted to make the image of the Labour rose somewhat more modern, by placing it in a box alongside the word “Labour”.

Notably, the image of the rose did see some controversy when it was first introduced for Labour, as there were arguments over who originally designed the image for quite some time.

The Labour logo today maintains the colors of red and white as the primary shades for the emblem, though it’s worth noting some branded assets use the colors inverted, so the rose is white on a red square background.

The elements of the Labour logo

The Labour logo, whether you consider yourself to be a fan of the Party politically or not, is a memorable image for most people – particularly in the UK.

Even if you can’t remember the exact design of the Labour Party rose on-demand, you can easily associate the flower with the Party, and imagine the red and white coloring of the symbol.

What font does the Labour Party logo use?

Today, the image only uses the word “Labour” and it’s written in sentence case, with lower-case letters after the “L”.

What colour is the Labour Party logo?

Similar to the conservatives, the Labour Party used to strive to use all of the colours of the Union Jack in its branding. Over the years, the group has since shifted to focus entirely on the colour red, while the Conservatives have the colour blue.

Known as the “Labour logo red”, the color is:

The color red is the most common choice for left-wing parties around the world, so it makes a lot of sense for Labour to choose this colour. According to some experts, in years gone by, people used to refer to the shade of red as a representation of the blood of angry under-served workers in the UK.

The Labour Party logo, just like the logo of the Conservative Party in the UK, is one of the best-known political images in the country, and indeed around the world.

If you’d like to learn more about political Party logos, or the emblems representing some of the biggest companies in the worlds, make sure you check out some of the other Logofiles on Brand Fabrik!

We’ve made our logo memorable by creating logos for other people.

Get in touch if you require a tailor-made logo with style and substance. Click below, and let’s start a conversation!