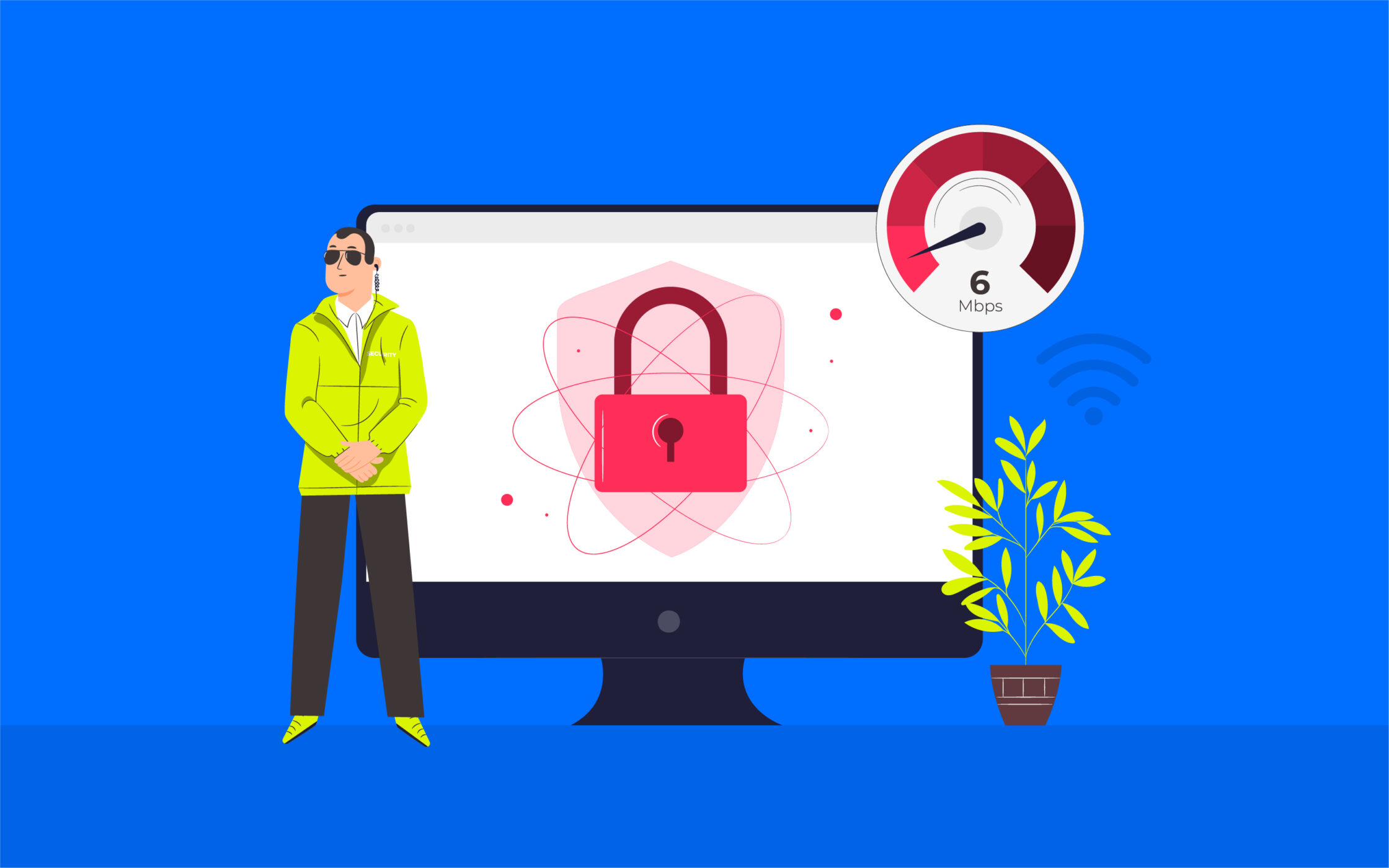 Does a VPN slow down your internet connection speed?

Does a VPN slow down your internet speed? That’s a common question that many people ask when they’re thinking about upgrading to one. Having security and privacy is great – but of course, you don’t want it to be at the expense of a quick connection.

The reality is that sometimes, your VPN (virtual private network) will slow down your speed. And other times, it’ll have the opposite effect. Both of these depend on multiple factors, however, and understanding these will help you make a better decision when purchasing one.

If you’re curious to find out why a VPN might slow down your connection and what you can do about it, you’re in the right place. We’ll discuss both of those in this article. With that out of the way, let’s get started.

Does using a VPN slow down your internet?

In some cases, a VPN slows down internet speed. There are multiple reasons why this might be the case, and you’ll discover a selection of these below.

Have you ever tried to play a video game against someone online, but that person was located in another country? If so, you might have experienced the frustration of increased latency. In some cases, it might have gotten so bad that you had to leave the game and accept a loss.

One great thing about VPNs is that you can use connection servers in countries on the other side of the world. However, this is also a hindrance in some instances.

Server locations nowhere near where you live might be a culprit for your connection being slower, and it’s worth checking to see whether this is the case for you.

If your VPN is slowing down your internet connection, it might not be about where your servers are located. Even if you live in New York City and you’re connected to a server in the same area, it might not be of a good quality.

Poor-quality servers will naturally slow your connection down; you’ve probably seen similar issues with your Wi-Fi before if your provider wasn’t great. So, it’s worth thinking about this when you choose your VPN – and to understand that it might be what’s causing connectivity issues.

Too many tasks are being performed on your device

In some cases, when you feel like your VPN slows internet, it might have very little – if anything – to do with the servers and their locations. Instead, you might simply be performing too many tasks on your computer at the same time.

The amount that your device can handle will vary on a case-by-case basis. But if you’re using something that’s slightly older, you can guess that this is probably going to cause at least a few issues.

How do I stop my VPN from slowing down my internet?

Okay, so let’s say that you’ve read the previous section and your internet connection is slow while you’re using a VPN. If that’s the case, don’t worry; you can try several things to stop your VPN from slowing down your connection.

We’ll discuss some of the main ones in the sections below.

One of the easiest ways to stop your VPN from slowing down your connection is to choose the fastest VPN service in your price range. And while many providers offer free VPN plans, you’ll often find better connections – and a wider variety – if you upgrade to a paid subscription.

When you choose the fastest VPN service, you’ll find plenty that gives you a significant discount on your plan. This is especially the case if you choose a multi-year subscription. Checking around occasions like Black Friday is also a smart way to potentially save more money.

Regardless of whether you have a free VPN plan or you’ve chosen a premium subscription, another easy way to improve your connection speed is by changing the VPN location.

In some cases, you might want to pick a different city in the same country – such as if you’re based in Los Angeles, but you change to a Chicago server.

In other cases, however, you might want to change the country altogether. Experiment with both to see which works best for you.

If you use a free plan, you’ll likely be limited in this respect. Many free VPN plans only include a small selection of locations, so you’ll need to either be strategic or purchase a paid subscription.

If you want to use split tunneling for your VPN, you might need to upgrade to a paid subscription. This, however, will depend on the provider you’ve chosen.

Change the VPN server in the same location

Sometimes, the problem with your VPN is that it’s connected to a server far away. However, you might still run into issues if you use a VPN server in the same place that you are – or in a nearby city.

If you’re struggling with connectivity issues, even though you’re connected to a nearby server, you can try picking another one. Many VPN providers will show you the latency and connectivity speeds for each server they offer, making it easier for you to determine whether it’s worth connecting to one or not.

Only use apps that you need to use

Let’s say that you’ve tried all of the above tips, but your VPN is still slowing down your internet connection. In that case, you might want to consider looking at your device’s performance – and thinking about how you can improve that.

If you have lots of apps open, closing those that you don’t use can help your connection speed improve. This is especially the case if you’re using demanding programs, such as video or photo editing software.

The answer is, like with slowing down your connection speed, subjective. In some cases, a VPN can increase your internet speed – but this isn’t always the case. It’ll depend largely on the provider you choose and the server you’re connected to.

How can I choose a faster VPN?

With everything we’ve mentioned here in mind, let’s look at how you can choose a quicker VPN. You can do several things to give yourself a better chance of doing this, and we’ll identify some of the best ones below.

While first-hand experience is the best way of judging whether a VPN is worth using for the long term, you can get a pretty good idea beforehand. How? Simple: by reading other people’s reviews.

You will find plenty of reviews online, along with numerous articles that go in depth. Consider looking at websites like Trustpilot to see what normal customers think about them, too.

Test out a selection of VPN providers

While you might find the best VPN provider straight away, that’s not always the case. Considering how many options are on the market these days, you might need to go through a period of trial and error before you find what works best for you.

Many VPN providers have free plans, and you can also benefit from free trials and money-back guarantees. If you’re not sure about which VPN will speed up your connection speed, consider trying at least three before making a decision.

Look at each VPN’s speed

Besides trying out each VPN you’re thinking about using for yourself, you might also be able to check the connection speed for all of them. Once you’ve done this, it’s worth comparing all of them and deciding on which is the best option for you to commit to.

Speed up your VPN connection and enjoy quicker internet browsing

Does a VPN slow down your internet connection speed, then? The answer is that it depends. In some cases, your VPN might contribute to a slower connection; this is especially true if you’re connected to a low-quality server.

However, that isn’t the only reason why your internet connection might be faltering.

When you choose a VPN provider, it’s worth trying out a large selection and picking whichever is the best choice for you. In addition to that, you can also check to ensure that your device is performing at its maximum capacity.