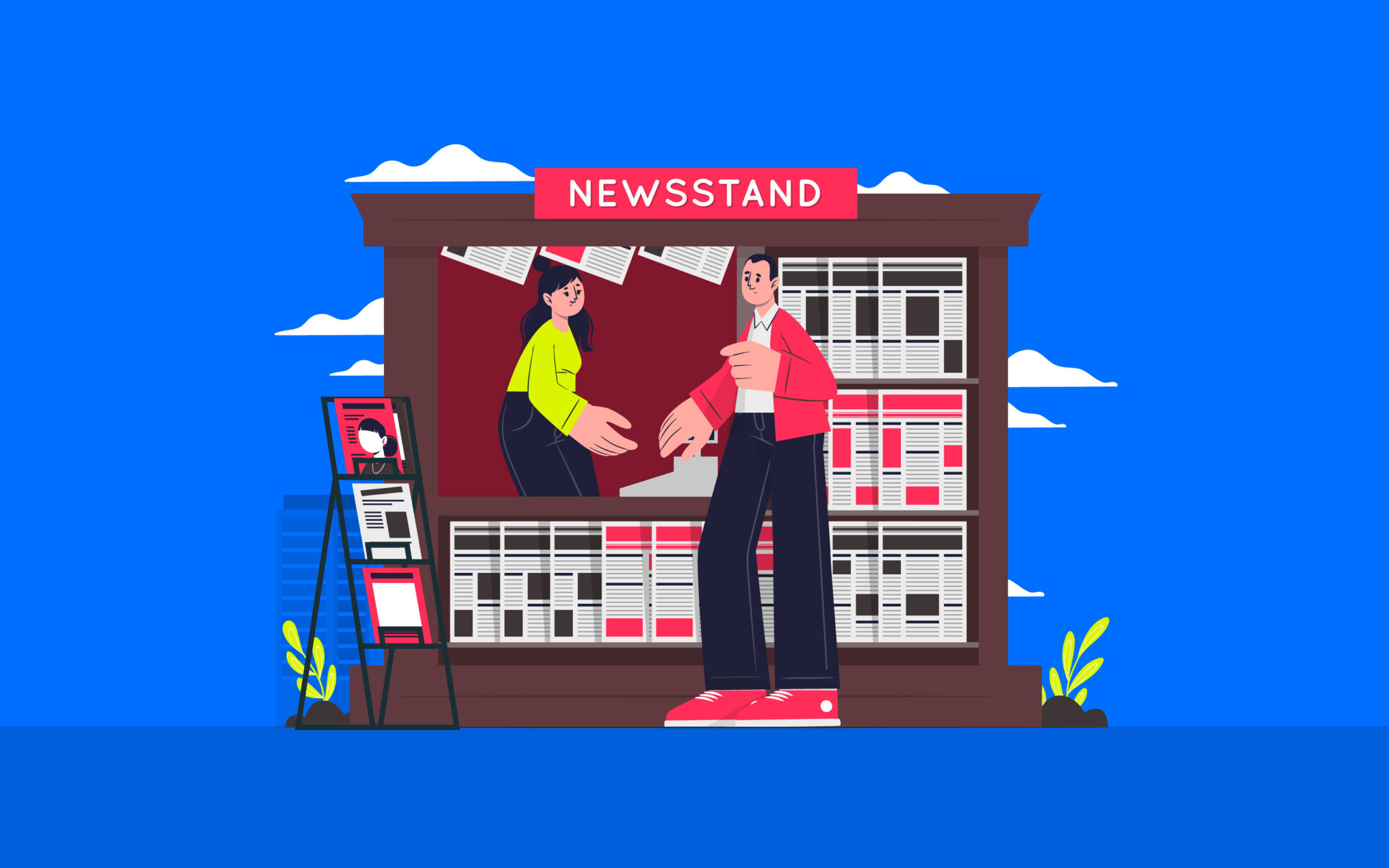 Broadsheet vs tabloid: The different types of newspaper

Broadsheet vs tabloid: what are the fundamental differences between these common types of newspaper? For people in the United Kingdom, the majority of print-based journalism is divided into two very different kinds of newspaper, produced by a range of leading publications.

Those seeking out high-level informative articles, intelligent overviews, and data-driven facts are often attracted to the broadsheet. The broadsheet is perhaps the most “traditional” form of newspaper, with options from leaders like The Times, the Wall Street Journal, and the Guardian.

The tabloid is the typical choice for insight into real-time events, opinion pieces, and more entertaining articles.

Tabloids are smaller and socially less respected than their broadsheet alternatives, but they’re also extremely popular among everyday readers. Options for tabloids come from leaders like the Mirror, the Sun, and the Daily Mail.

Today, we’re going to dive a little deeper into these two types of newspapers and highlight what makes them so unique for different readers.

Broadsheet vs tabloid newspapers: An introduction

The first thing we should point out when looking at the differences between the broadsheet vs tabloid newspapers is the names.

The terms “broadsheet” and “tabloid” are actually technical phrases used to refer to the specific page sizes of each newspaper. Tabloids are smaller and more compact, while broadsheets are much larger and may have slightly smaller fonts.

Broadsheet newspapers were the first form of modern print publication to appear in the UK during 18th century Britain. When the government began to tax newspapers according to their number of pages, publishers began producing bigger sheets, with more content crammed onto one page.

Aside from being much larger than the average newspaper, broadsheets were often written to a very high educational standard.

At the time, few people had the reading skills required to fully understand broadsheets. They were often more common with the aristocracy and businessmen rather than everyday readers and consumers.

This perception of broadsheets has persevered to this day, with many people linking popular broadsheets to more educated professionals. Tabloid newspapers, on the other hand, are usually connected with everyday reading and news reporting.

Smaller than the broadsheet, Tabloids were introduced during the early 1900s and often referred to as “small newspapers.”

Furthermore, tabloids are commonly considered just as credible and authoritative as broadsheets in many circles. One of the most widely circulated tabloids in the US, the New York Daily News, has won a total of 11 Pulitzer Prizes – the highest award in journalism.

What is a broadsheet newspaper?

Starting with the most “traditional” of the types of newspaper in our discussion of tabloids vs broadsheets, the Broadsheet is one of the most sophisticated newspaper formats.

So, what are broadsheets?

Most broadsheet papers often feature six content columns per page, so users get much information in one go. These newspapers also take a more traditional approach to gathering and reporting news, emphasizing more in-depth coverage.

The focus of a broadsheet is delivering the facts in a more sombre tone, than trying to “entertain” an audience.

Additionally, they typically contain specific sections of information not always covered in tabloid publications. A broadsheet might include financial or stock prices and information about politics from a deep-dive perspective.

Some broadsheet newspapers have evolved over the years, becoming slightly smaller due to increased printing costs and a focus on sustainability. Certain publications have also begun to include more entertainment-focused pieces.

Tabloids vs broadsheets: What is a tabloid newspaper?

So, what are tabloids?

From a technical perspective, a tabloid newspaper is a much smaller, more compact version of a broadsheet.

In the UK, the average tabloid usually measures around 23.5 inches by 14.8 inches. In the US, the size of a broadsheet can be even smaller, measuring between 17 and 11 inches. Often, they only have 3-5 columns across and a larger font size.

Tabloid newspapers are considered much easier to read than the broadsheet, with simpler language, shorter sentences, and more pictures. They’re also prone to using common colloquial terms and slang, which is less likely in a broadsheet.

Regarding entertainment, tabloids can be more sensationalized and opinionated than the standard broadsheet, and they’re not always considered the most reliable news sources.

Tabloid newspapers are less about hard-hitting journalism and facts and more about entertainment. Many include stories about popular culture and celebrities rather than focusing on global events. However, they can still report everyday news stories, like a broadsheet.

In some cases, tabloids have been considered slightly more sensationalized than broadsheets, as they focus more heavily on celebrity stories and less hard-hitting events.

Tabloid vs broadsheet: The main differences

When it comes to comparing broadsheets vs tabloids, there are a handful of differences to consider. The primary difference between the two types of newspapers is the content.

Other major differences include:

While both tabloids and broadsheets report “news” stories, they present this content very differently. Broadsheets use more serious and formal language, while tabloids are modern, informal, and conversational.

Tabloids are also a lot easier to read, as they’re less likely to use complicated words and phrases.

Broadsheets are a lot more conservative and traditional in their format and layout. They use fewer images and more text, while tabloids are designed to be more colourful and attractive. As for each paper’s size, broadsheets are much larger, with more detailed columns and stories.

Based on research and general consensus, broadsheet readers tend to be more educated and involved in business.

Alternatively, tabloid readers are likelier to be everyday news-based content consumers. Of course, this isn’t always the case, there will be situations wherein people from various classes enjoy all types of newspapers.

Understanding the different types of newspaper

The difference between tabloids vs broadsheets has evolved over the years as print publications have grown increasingly less common. As people spend more time reading news online and via mobile applications, broadsheets and tabloids are becoming more likely to seem quite similar.

Indeed, online broadsheet news stories tend to have more attention-grabbing images and flashier headlines, similar to traditional broadsheets. Plus, there aren’t as many formatting changes to consider.

For the most part, however, broadsheets are still associated with a certain class of readers, separating them from the standard tabloid.

The high level of education often connected to broadsheets means they’re generally prized among business owners and affluent people, while tabloids are considered more accessible to the masses.