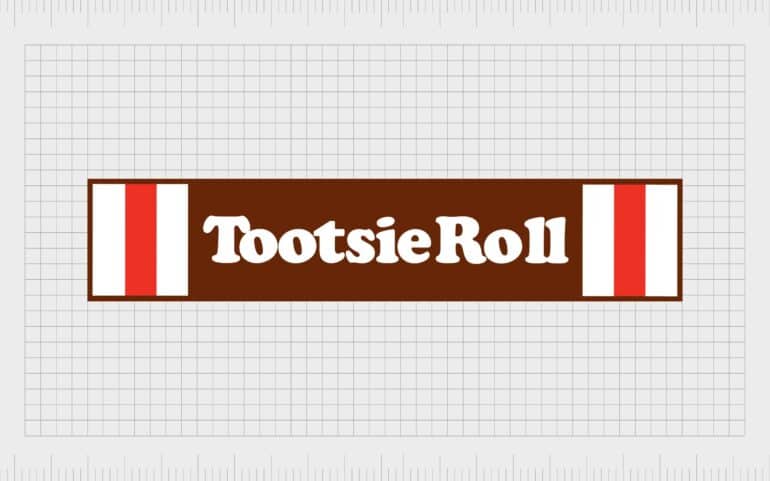 The story and history of the Tootsie Roll logo

Responsible for labeling one of the most popular candies in the United States, the Tootsie Roll logo is an image many confectionary fans will recognize. However, despite the wide-reaching nature of the Tootsie Toll brand, not everyone knows the history behind Tootsie Rolls.

Simple but memorable, the Tootsie Roll logo today has remained with the brand for a number of years. Indeed, very few elements of this iconic image have changed since the chocolate taffy was launched in 1907.

Whether you’re a long-standing fan of the Tootsie Roll, or you’ve only recently discovered this unique candy from the United States, you’re in for a treat.

Here’s everything you need to know about the history of Tootsie Roll.

Unique in its unusual design, similar to both caramel and taffy at the same time, Tootsie Rolls captured the hearts of the nation with their delicious flavor and affordable pricing.

According to the official company history of Tootsie Roll, the creation of the brand began with an Austrian immigrant named Leo Hirschfield, who brought a recipe for a chewy, chocolatey candy into the United States in 1986.

Son of an Austrian candy maker, Leon decided to start his own career in the US, opening a small candy business in New York city.

While details of Leo’s early career are disputed, we know the first candy created by the entrepreneur was Bromangelon Jelly Powder. The official first Tootsie Roll wasn’t perfected until 1907, after Leo patented a technique to give the candy its unique texture.

Where did Tootsie Roll originate?

While the person behind the creation of Tootsie Rolls was Austrian, the official Tootsie roll recipe was perfected and introduced in the United States.

What is a Tootsie Roll made of?

How did Tootsie Roll get its name?

Much of the history surrounding Tootsie Roll is debated, as a lot of Leo Hirschfield’s history was never recorded. However, most experts agree the name “Tootsie Roll”, which the Tootsie Roll logo centers around, was based on Leo’s daughter.

According to the official Tootsie Roll website, the name “Tootsie” was the nickname Leo gave to his daughter Clara.

Soon after choosing the name, the first Tootsie Rolls were commercially marketed and sold in September 1908, and Leo took the title of VP of his own company, which he named the “Sweets Company of America” in 1917.

Interestingly, Tootsie Roll’s name took on a different meaning for some over the years. In the 1950s, during the war, the name “Tootsie Rolls” was also used to refer to mortar shells.

One story tells of a time a Marine division asked for “Tootsie Rolls”, meaning “mortar shells”, but ended up with a box of the actual candy itself.

Unlike many brands, which have changed and updated their image a number of times over the years, there aren’t a lot of official logos linked to Tootsie Roll.

The Tootsie Roll website doesn’t share a lot of information about its previous branding endeavors. However, there are patriotic ads for Tootsie Roll shared during the first World War, where we can see a slightly different version of the Tootsie Roll logo than the one we know today.

It’s impossible to apply a specific date to the Tootsie Roll logos depicted by advertisements over the years. However, while the company has experimented with a number of different font types for its word mark, the coloring of the Tootsie Roll logo has remained almost consistently the same.

In the 1960s, a version of the Tootsie Roll logo with a similar font to the type we know today was introduced, with a crisscross pattern on the silver parts of the candy packaging.

The official Tootsie Roll logo as we know it now is a simple white wordmark, written in a playful serif font, with bold, white writing.

The wordmark sits atop a white underline on a brown background (intended to symbolize the chocolatey candy within). Red vertical lines also appear at either end of the wordmark.

The Tootsie Roll Pop logo, which represents an additional product from the Tootsie Roll portfolio, uses the same wordmark design, with the word “Pops” placed underneath.

The “Pops” element of this logo is written in bold, bubble-style sans-serif font. The design features the brown coloring of the Tootsie roll packaging.

Elements of the Tootsie Roll logo

With very little official history to look back on, it’s difficult to say exactly how the Tootsie Roll logos have changed over the years. For the most part, many of the elements of the brand’s official image seem to have remained the same.

The color choices, including a chocolate brown and a bright red, seem to be consistent throughout the company’s life.

Although there are variations of different Tootsie Roll font choices present throughout several historical advertisements, the organization seemed to find its identity early on, during the 1960s.

Here are some useful resources to help you explore the Tootsie Roll logo further:

What font does the Tootsie Roll logo use?

The Tootsie Roll logo font is a unique type based on the Cooper Black font. According to some brand analysts, this font has been in use for the brand since the 1970s and became popular after the Beach Boys used the same font when releasing the “Pet Sounds” album in 1966.

Though there are serifs on this font, which make it a more sophisticated choice for a confectionary brand, the use of more bubbly, bold writing also gives the Tootsie Roll logo elements of fun and playfulness – ideal for a candy company.

What color is the Tootsie Roll logo?

The Tootsie roll logo color choices have been one of the most consistent parts of the company’s brand identity over the years. Once again, the brown, red, white, and black Tootsie Roll logo colors most of us know today have been with the company since the 1970s.

The official Tootsie Roll logo colors aren’t listed anyway with Hex or RGB values. However, we know the choice of brown is intended to represent the chocolatey flavor of the Tootsie roll candy.

The red conveys a sense of fun and passion, while white is often associated with purity and sophistication in the branding world.

Over the years, as Tootsie Roll has introduced new flavors to its product collection, different colors have joined the brand’s image.

The Tootsie Roll logo as we know it today is one of the longest-standing images in the confectionary world, known for representing one of the best-known candies in America.

This logo, though simple, has remained a consistent part of the candy company’s brand identity for several years – at least since the 1970s.

Although much of the Tootsie Roll logo history is steeped in mystery, we do know this brand has maintained a lot of the same elements for most of its life. If you’d like to learn more about the famous icons associated with the world’s leading brands check out our other Logofiles!