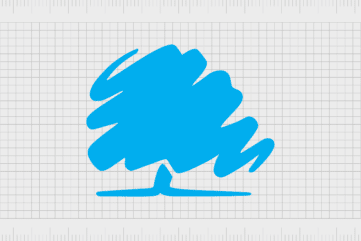 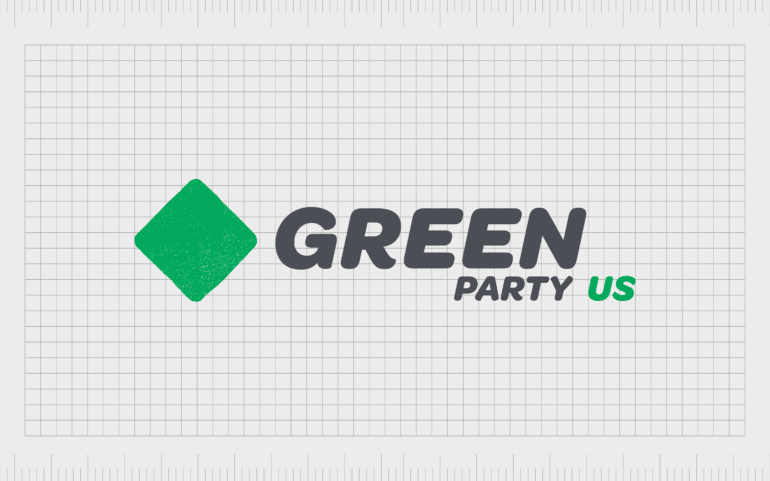 Even if you know a great deal about American politics, your knowledge may be limited when it comes to Green Party logo history. Like many political logos, early versions of the Green Party emblem are somewhat difficult to find.

Not to be confused with the Green Party of the United Kingdom, the Green Party USA logo is a simple, but eye-catching image intended to attract potential voters and followers. Today, the symbol is a simple green diamond placed alongside the “Green Party” name.

But where exactly did this famous image come from?

Today, we’re going to explore some of the history and mystery of the Green Party symbol.

Like many of the political Party logos we’ve covered here on Brand Fabrik, early versions of the Green Party’s emblem aren’t easy to find.

The political party was first established in the US in the United States in 1984, when 62 people from around the US came to St Paul, MD, to found the first national green organization.

Sometimes referred to as the “U.S. Greens” the entity has gone through several evolutions over the years, from debating theory in the 1980s, to creating local state parties in the 1990s.

The official national political party, now recognized by the Federal Elections Committee, was created in April 2001.

This makes the Green Party US (GPUS) one of the younger political groups in the country.

Similar to the Green Party in the UK, the US Green Party promotes a “green” approach to politics, which focuses on environmentalism, social justice, and eco-socialism.

While various “state parties” belonging to the Green Party may have used their own versions of a Green Party logo over the years, the most common image chosen to represent the original emblem of the group is a sunflower.

The sunflower with a green center is a consistent image in “green politics”, highlighting nature, the sun, and growth:

Though the official GPUS, or Green Party of the US was only officially established in 2001, the political movement has been underway for much longer.

Unfortunately, there aren’t a lot of documents available on the web today to show what the Green Party symbols may have been for previous years.

Currently, the Green Party US logo is a simple image, featuring the words “Green Party US”, situated next to a textured green diamond.

The word mark for the Green Party logo features the word “green” in a much larger font than the rest of the words.

All of the letters are depicted in a bold, friendly sans-serif font, with the main part of the wordmark in a soft, sophisticated grey, and the “US” written in the same shade of green as the diamond mark.

The use of a textured design on the green diamond seems to highlight the raw, organic, and natural focus of the political party. The organic world is imperfect, so it makes sense the diamond shape chosen by this party would be somewhat rugged too.

The diamond shape represents value, but the decision to make the shape more square than angular seems to represent stability and strength. This isn’t a design intended to stand for luxury or opulence, but growth and durability.

Alongside the Green Party logo, there’s also a current election symbol for the group.

This symbol features a fully green sunflower with a white centre, surrounded by a slim circular border. The shade of green is the same as the coloring used for the Green Party logo.

The use of the sunflower is relevant because it connects to the wider “green politics” movement, and the concepts of nature, sunlight, and growth.

Notably, the Green Party introduced variations of its logo for different purposes. For instance, it’s possible to use the logo displaying stripes of color from a specific state.

There’s also a version of the logo with the Green Party sunflower in white.

The elements of the Green Party logo

The Green Party logo is a simple but effective testament to the group’s focus on the natural world. Like most “green parties” throughout the political landscape, the GPUS uses mostly organic imagery, like raw textures and sunflowers to convey meaning.

What color is the Green Party logo?

The Green Party logo colors are gray and green, with the major focus on the green shading. Various versions of the logo have used different color palettes over the years, but the focus has always been on the color green.

For instance, the Green Party of Michigan uses the colors phthalo blue and sap green.

What font does the Green Party logo use?

The Green Party logo font is a custom sans-serif font, written in bold, block capital letters. The design of this typography is unique to the political party, but it looks similar in some ways to many other simple fonts, like Arial bold.

The flourish on the “R” of the Green Party logo font helps to draw attention to the creative side of the group. Overall, however, the use of a sans-serif design seems ideal for making the party seem as approachable as possible.

As a relatively new “official” political party in the United States, the Green Party US logo doesn’t have a great deal of history associated with it yet. The logo, though effective, is simple and straightforward, focusing on the name of the group, and its focus on the natural landscape.

To learn more about the amazing logos of political parties and companies alike, make sure you check out some of the other fantastic Logofiles on Brand Fabrik.

Godiva logo and the history of Godiva Chocolate