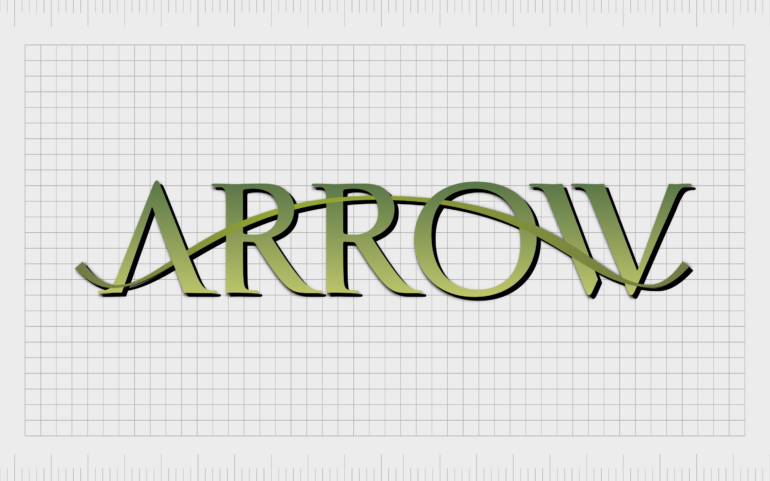 How much do you know about the Green Arrow logo?

Otherwise known as the “Arrow” logo, thanks to the rebrand chosen for the DC Cinematic Universe, this emblem isn’t the best-known in the comic book landscape. However, it’s something many people can recognize at a glance.

Unlike many of the characters you might see in the world of superheroes, Green Arrow, otherwise known as Oliver Queen, rarely uses an official logo in his outfits or equipment. Instead, the major branding elements of the character are based on his green outfit and bow and arrow.

Today, we’re going to take a closer look at the Green Arrow symbol you might be familiar with and where the design for the character came from.

The character “Green Arrow” is a part of the DC Comics franchise. Compared to other well-known creations like Wonder Woman, Batman, and Superman, Green Arrow hasn’t always had the same degree of popularity.

However, the character has recently gained a lot of attention thanks to the popularity of the “Arrow” television show.

Green Arrow is an American superhero and costumed crime fighter.

Similar to Batman, Green Arrow is a billionaire, and something of a playboy, with an eye for justice. Considered to be similar to a modern-day Robin Hood, Oliver Queen (Green Arrow) uses his unmatched archery skills as part of the Justice League, the crime-fighting team in the DC universe.

The story of Green Arrow is interesting. Oliver Queen took his life of privilege and wealth for granted until a tragedy hit him at sea, and he got stuck alone on a deserted island. Queen had to find the inner fortitude to survive and honed his archery skills to become one of the greatest archers ever known.

When he finally returned to civilization, Queen decided to use his skills for good, taking to the streets as an urban vigilante. His goal is to rid the streets of Seattle of corruption and crime using his bow and arrow.

Who was Green Arrow inspired by?

One of the most common questions asked in the DC universe, “Is Green Arrow based on Robin Hood?” hits closer to home than you might think.

According to the creator of the character, Mort Weisinger, he took inspiration from both Robin Hood and a movie serial called “the Green Archer”, based on a novel by Edgar Wallace.

The character of Green Arrow is also primarily inspired by Batman, with his billionaire background allowing him to create a host of unique gadgets for his plight. Also, like Batman, Green Arrow often appears to be little more than a pampered playboy in the eyes of the general public.

However, he cares deeply about the plight and suffering of people around him.

For fans of the comic book universe, Green Arrow is also frequently aligned with the Marvel archer Hawkeye, who also demonstrates an incredible affinity for the bow and arrow. Both characters also use a variety of “trick arrows” created to achieve unique effects.

Notably, there are very few official examples of a Green Arrow symbol throughout the character’s history.

Though you may find various examples of a green arrow logo online, featuring an arrow shaped almost into the shape of a “G,” the fact Arrow rarely uses a symbol on his outfit makes it hard to define an official logo for the character.

The most commonly known Green Arrow logo comes from the “Arrowverse.” This is the name given to the DC television show created for the character. The image features a green arrowhead, which appeared to be crafted out of metal, placed over a gold and green circle.

Over the years, various “Arrow” title screens have been created following a similar theme. The Green Arrow logo features an arrowhead in almost all cases, though the circular element isn’t always present. Additionally, it’s common to see the “Arrow” wordmark placed over the top of the symbol.

The Arrow wordmark has changed several times over the years, but the most common font type shows a bold metallic design in a serif font.

The lack of official guidance on a clear Green Arrow logo makes it difficult to identify the elements of the Green Arrow logo. As mentioned above, the character’s design is usually the primary distinguishing feature.

Rather than focusing on a specific logo, the creators of this unique DC personality preferred to allow his outfit and archery to speak for themselves.

To define the Arrow design, we can look specifically at the most recent Arrow title card for the Cinematic Universe.

What color is the Green Arrow logo?

Most variations of the Green Arrow logo seen throughout the DC landscape today include at least one shade of green. However, this color is relatively interchangeable. The Green Arrow Logo colors used in the show have changed numerous times over the years.

The most common combination of colors includes a shade of deep green combined with hues of grey, silver, and black. The image is powerful and mysterious, perhaps to hint at Oliver’s unique story and journey.

What font does the Green Arrow logo use?

Green Arrow symbols within the comic book landscape and elsewhere in DC media rarely include any kind of font. However, we can see an example of the character’s typography when looking at the title cards for the DC universe television show.

As mentioned above, while different versions of the Green Arrow logo font have appeared over the years, the most common have been serif-style typefaces. The letters in the title are often spread evenly apart to make them as legible as possible and depicted in a metallic texture.

There’s another version of the Arrow logo font, similar to Garamond Classico, with a curved shape moving throughout the letters to symbolize a bow.

As mentioned above, the Green Arrow logo is complex because a specific symbol has only sometimes appeared alongside the character. Mostly, it’s common to see Green Arrow with nothing but his green leather-style suit and bow to represent him.

However, looking at the Green Arrow title card from the Cinematic Universe does give us an insight into the personality the designers have attempted to create for the character.

The overall image is dark and mysterious, highlighting a connection to Batman and the dual nature of the character’s personality.

If you’d like to see more of the Green Arrow logo, you can find some valuable resources here: