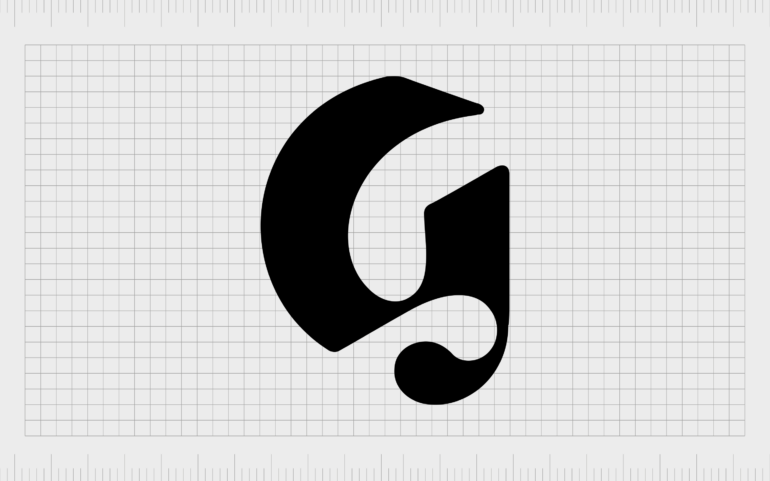 The Glossier logo and wordmark are an instantly recognizable part of the beauty industry. Though Glossier hasn’t been in the market for as long as some cosmetics brands, it’s quickly taking the world by storm with its compelling brand identity and unique personality.

Built on the belief beauty should be for everyone, Glossier has grown highly successful since it was first launched in 2014. The company started with a simple website (Into the Gloss) and has quickly emerged as one of the largest worldwide providers of beauty products.

Whether you’re a fan of the cosmetics industry and want to know about its leaders or you love the impact of the Glossier logo, you’re in the right place. Here’s your guide to Glossier logo history and the meaning behind the iconic brand.

Before we dive into the Glossier branding and logo, let’s start by answering a simple question: “How did Glossier get started?”

Glossier was created by Emily Weiss, an American businesswoman who wanted to create a beauty brand capable of connecting with its audience. Featured in the Forbes 30 under 30 list in 2015 and in Time Magazine’s “Next 100” in 2019, Weiss has significantly impacted the industry.

Before creating the official Glossier brand, the Glossier founder first started her own blog, “Into the Gloss,” which featured several interviews with women and insights into popular products.

While working on “In the Gloss,” Weiss was also still employed in a regular day job with Vogue.

After the “Into the Gloss” website was receiving 10 million page views per month, Weiss quit her day job and decided to focus on a new venture: Glossier.

Since the initial launch of only four products, Glossier has expanded its product line to include a series of skin serums, body lotions, fragrances, and other skincare items.

What does Glossier mean?

The name “Glossier” comes from the name of Emily Weiss’ original website, “Into the Gloss.” The name is excellent for a beauty company, as it creates an image of shine and illumination.

The Glossier brand today is one of the most popular beauty companies in the world, and its brand identity builds on the Glossier slogan of “Skin first, Make-up second.”

Is Glossier a high-end brand?

From a pricing perspective, Glossier products are generally more expensive than many of the pharmacy brands for skincare on the market today. However, the costs you’ll pay for Glossier are not at the same level as a premium brand, as Weiss wants to ensure everyone can access luxury products.

Who is Glossier owned by?

Glossier was founded by Emily Weiss and continues to be owned by the same entrepreneur today. Glossier is a privately held start-up company with a valuation of over $1.2 billion.

As a relatively new company, Glossier still doesn’t have much logo history to speak of. There’s only one version of the Glossier logo and wordmark available online, and these elements have been associated with the brand since the company began in 2014.

Interestingly, Glossier splits its logo into two separate elements. The brand has both a wordmark and a brand emblem which focuses on the capital “G” at the beginning of the company’s name.

The large “G” from the Glossier logo is a world apart from the font style for the company’s wordmark. There isn’t much information available online to explain why the two components are so different.

However, it may have something to do with Glossier’s desire to convey both creativity and global accessibility in its image.

Using two separate elements within the company’s brand image offers an insight into the modern nature of the beauty company. Separating the logo and the wordmark means Glossier can create a versatile brand image that fits any screen size.

Who designed the Glossier logo?

Whether you’re looking at the eye-catching Glossier wordmark or its accompanying “G” emblem, the Glossier brand has an extraordinary impact on its audience. Combining elements of the traditional with the gothic style G, with a modern wordmark, this emblem has the best of both worlds.

The Glossier symbol and wordmark stand out in a sea of similar-looking images within the cosmetics industry. The wordmark is more playful and accessible than many of the other logos in this sector, thanks to its sans-serif design and bold block lines.

The hand-drawn nature of the G looks like it was created by hand just for the company, which helps convey the brand’s creative and pioneering identity.

Here are some valuable resources for the Glossier brand:

What font does the Glossier logo use?

The Glossier logo has two different font styles. The style of the letter G is hand-illustrated specifically for the company. The font of the Glossier wordmark is similar in style to the Aperçu Bold font, which is also used for various headlines on the company’s website.

What color is the Glossier logo?

There are two different Glossier logo color schemes associated with the brand. One of the most common variations is the black and white logo, which depicts the word “Glossier” in black font, with the accompanying emblem, on a white background.

The Glossier logo is an eye-catching and memorable emblem for a beauty brand committed to changing the industry. Split into two distinctive components, a wordmark and a symbol made using a gothic-style G, the Glossier image works well in a range of environments.

Glossier’s logo might not have been around for as long as some of the other iconic cosmetics logos in the world today, but it has quickly risen to fame in locations all around the globe.

Remember, with the other articles on the Fabrik Brands website, you can learn more about creating a logo just as iconic as Glossier’s.