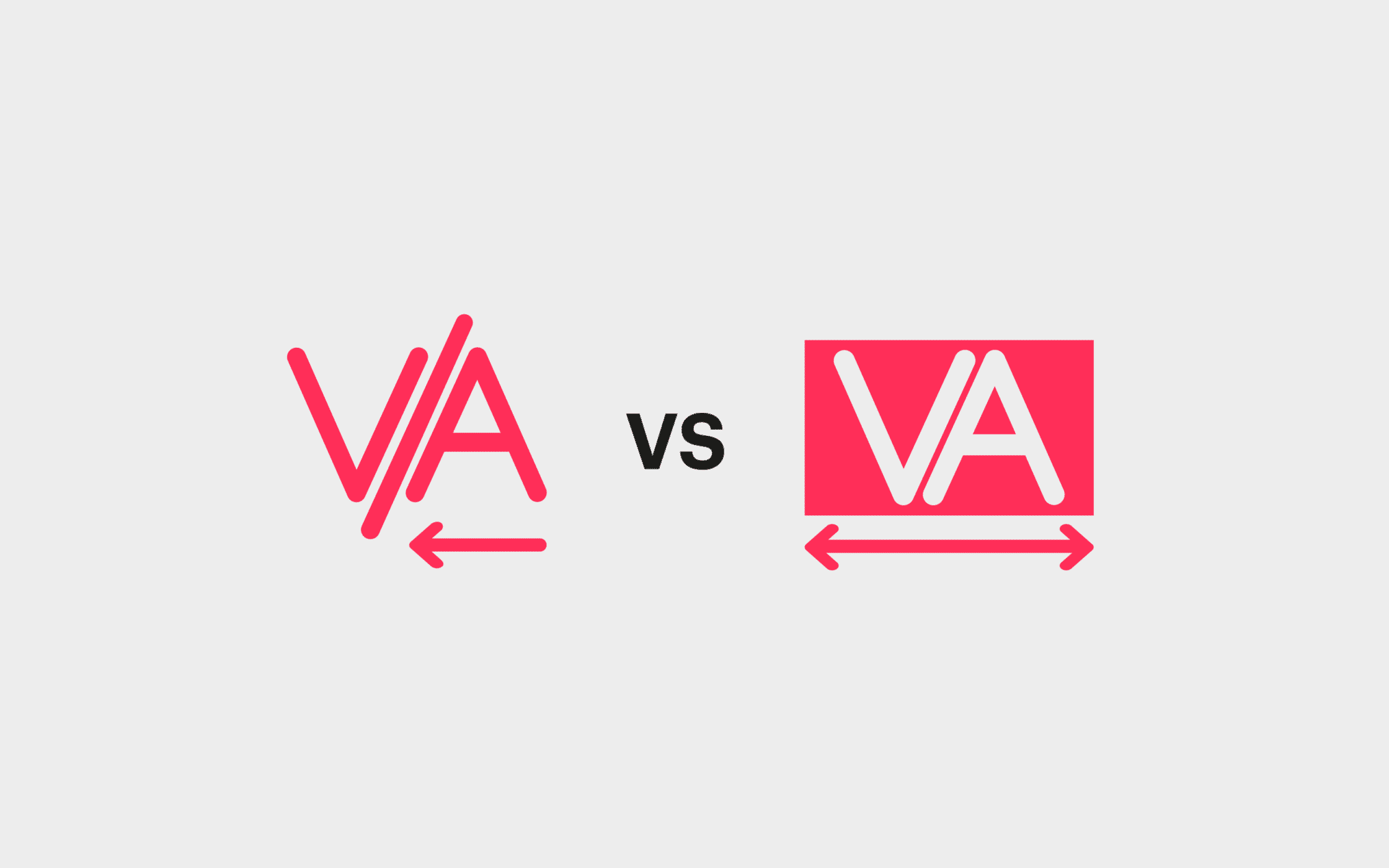 Kerning vs tracking: The difference between tracking and kerning

Could you differentiate kerning vs tracking? These two terms are common among designers and branding professionals, but they often fill many people with confusion. Today, we’re going to remove confusion, and provide you with the key difference between kerning and tracking.

Both kerning and tracking are tools intended to improve the positioning of letters and words on a page for clarity and visual appeal.

In fact, tracking and kerning both specifically deal with the adjustment of spaces between characters in a font, and how those spaces affect readability and appearance.

If you’ve recently begun to explore the wonderful world of typography for yourself, and you’re not sure where to get started with terms like leading, tracking, and kerning, you’re in the right place.

Here’s your definition of both kerning and tracking, and how they differ in the design landscape.

What is the difference between kerning and tracking?

To properly explain the difference between tracking vs kerning, we first need to define both of these terms.

Kerning and tracking are terms from within the font, logo, and general brand design environment. Whenever you choose a sans-serif or serif font for a publication or headline, you’ll need to use kerning and tracking to ensure it looks right on a page.

Kerning and tracking fall into the “fundamental” list of typography design choices. As mentioned above, they both address the space in between letters on a page, screen, or in a design.

Kerning looks at the adjustments of spaces between a pair of letters, while tracking examines the spacing between larger groups of letters and blocks of text.

Kerning and tracking are usually accessed simultaneously for things like webpage design and the production of branded materials (like catalogues).

Designers would use kerning functionality to ensure the spaces between characters works correctly, while tracking would ensure the content flows correctly throughout the page.

Kerning vs tracking: What is kerning?

Kerning is the art of adjusting the spacing between a pair of letters. The strategy applies to all kinds of designs involving text. If you’re using a handwritten font on a business card, kerning ensures the letters don’t blend into each other and become overly difficult to read.

In logo design, kerning selectively spaces letters to define relationships between two or more letters, or create a unique aesthetic for the finished image. For instance, the letters in the FedEx logo are situated close enough together to allow for an arrow shape between the E and X.

At the same time, these letters aren’t connected, so the font is still readable.

Kerning adjusts the space between a set of letters so the spacing looks clean and correct. The letters A and V often require careful kerning to move them closer together, otherwise they look as though they have more space between them naturally.

The majority of digital fonts in today’s design world include kerning as standard, but you can also find tools allow you to experiment with different levels of kerning, to help you see how different letters might look in combination with each other.

Notably, kerning looks at each letter in a font individually, to consider how the different shape or impact of a character might influence the way it connects with another letter.

Headlines and logos generally benefit the most from kerning because they’re intended to capture attention and deliver a specific emotional experience. Most people wouldn’t manually apply kerning to an entire page of text.

Instead, a designer would simply apply a kerning level to an entire space.

Tracking vs kerning: What is tracking?

Tracking in typography also addresses the spacing between letters. However, while kerning looks at the individual characters and the spaces between them in a design, tracking looks at entire segments of text.

With tracking, you’d examine the horizontal and vertical spaces between different segments of text to see how they impact readability.

Tracking in typography is usually something you can adjust with design software. The tracking for serif fonts might be larger than it is for sans-serif fonts, to reduce the risk of serifs blending together.

Where kerning is mostly applied to headlines and logos, tracking appears most commonly in large batches of text, on a website, or in a physical publication. Poor tracking often leads to words being split in the middle, which can cause confusion for readers, as you can see here:

Kerning can also make it difficult for a designer to fit the right amount of text on a small amount of space. Most designers will experiment with tracking to ensure they combine the right level of clarity and readability, with practicality.

Crucially, while tight tracking can push words together and make them harder to understand, loose tracking can reduce the connection between letters in a word, making it harder to see which characters belong to a single term.

The difference between kerning and tracking

The difference between kerning and tracking is simple.

Kerning deals with the individual spaces between letters in a word – usually for logos, headlines, and other specific pieces of text. While companies will usually use tracking and kerning together, they’ll use kerning for more focused designs where type is set to a larger point size.

Perfecting any typography design project generally means understanding how to use kerning and tracking correctly. Most tracking and kerning strategies will also include some manner of “leading”.

Leading refers to the spaces between the baselines of your typeface. In other words, with leading you’d make sure lines of text on a page weren’t so close together they’d end up blurring into one. This is often particularly important when dealing with a font with many flourishes.

Kerning, tracking, and leading come together to form the foundation of most typography-focused design. However, they won’t always be used in combination.

Kerning might be a must-have for a logo design, but you probably wouldn’t need to use leading or tracking to make a logo stand out – unless you were combining a wordmark with a tagline, for example.

Using tracking and kerning in design

Answering the question: “What is the difference between tracking and kerning?” will help you to determine what kind of steps need to be taken in any typography design project to make an asset more visually appealing.

In fact, learning all about typography, and the unique strategies designers use to make font stand out can give you an insight into the important role type plays in our branding choices.

Now read these:
—The difference between leading and kerning
—Confused about leading and tracking?
—What is kerning in typography?
—Tips for tracking in graphic design
—How to apply leading the right way